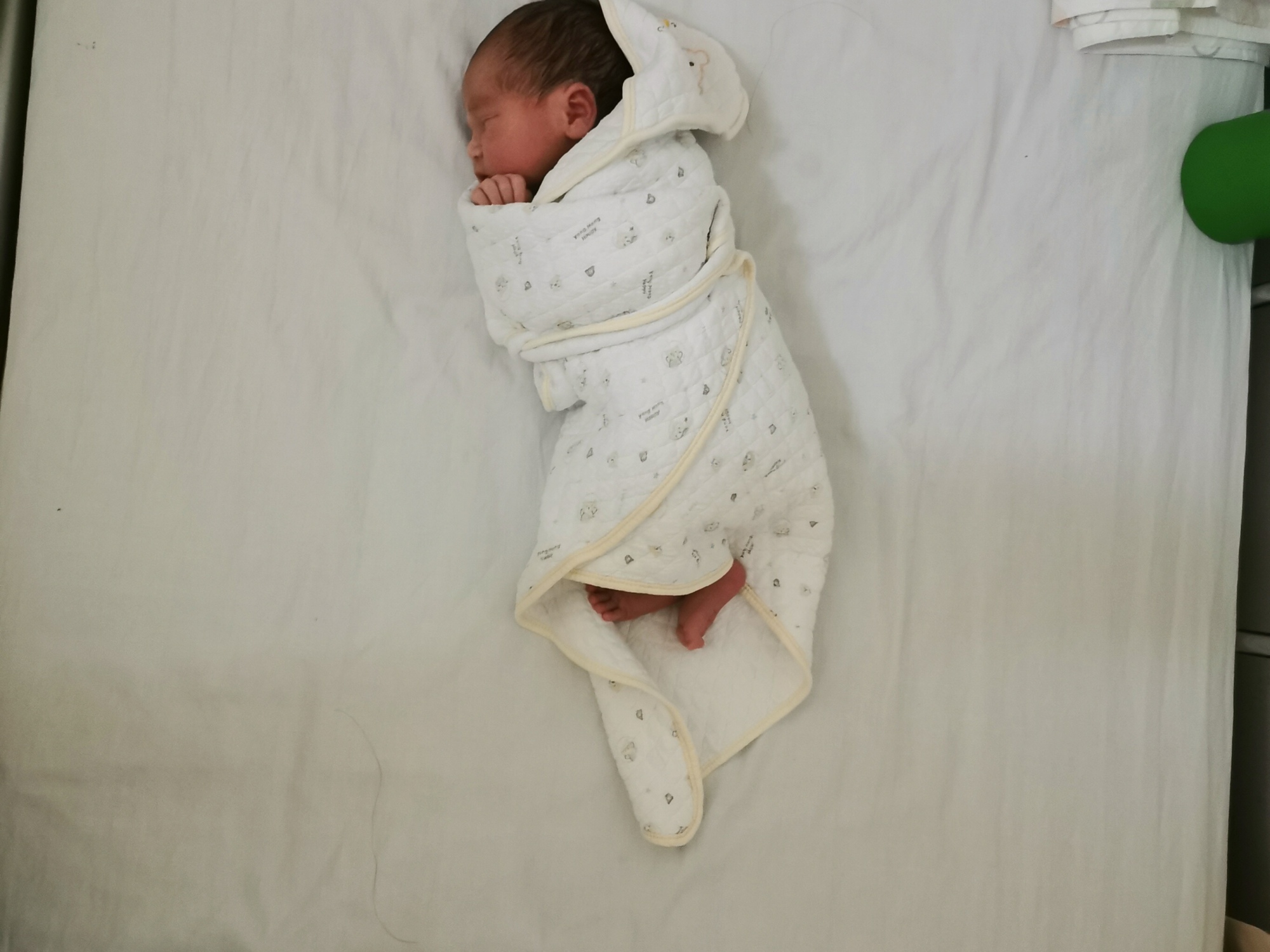 It’s been a wild couple weeks in the Williams’ household. My wife’s father came into town to help out while she and I get used to having a new baby in the house. He has taken over cooking and helps with BIG BROTHER Carter. Speaking of Carter, he is very curious about his baby brother and wants to know more and be helpful. He is also very interested in bodies and the fact that mommy feeds baby Owen. So a big thing on my radar is finding some good books and maybe some videos that can help me explain things to him. We have had discussions but I had a nice book called There’s a House Inside My Mummy, and it really helped him understand and gave us words to use to talk with him about the pregnancy. I want words and pictures that are at his level that we can use to discuss things.

In a tangentially related Carter tale, he learned new words this summer on our trips. While playing in the pool, some older boys taught him to say f*ck. Which is not awesome at all. So one day he said “F*ck!” with a big grin on his face. We talked to him about it and after a few times of him saying “f*ck is a good word” we finally got him to realize its a bad word we shouldn’t say. So instead he says “Daddy, I am not going to say f*ck because f*ck is a bad word, right?” Which I guess is better.

As we got closer to the due date, we started telling the baby to come on out. Then we walked, climbed a mountain, and swam a lot. Michelle was extremely nervous about the birth because she wanted him to come naturally. When we had Carter the doctors told her she would likely have him naturally but then performed a c-section. So she wanted the baby to come and take the operation off the table.

I busied myself with making a giant name list of boy and girl names. We didn’t know what the baby would be until he was born. The biggest issue with not knowing until the baby arrives is as much as you try not to hope for something over another you usually do. I was really hoping for a baby girl and as a result the names list was 2 times longer for girls. In all honesty though, I only really liked a few names for boys anyway and believe me I looked at thousands of names. I hoped for a girl but ultimately I just wanted a healthy baby and was relieved to see him when he came. I did have a little mourning of my baby girl dreams a day or so after he was born. Once that completely passed, I was able to fully embrace the excitement of having a second son.

Our baby was not in a hurry to enter the outside world and refused to come early (I suspect he may still be inside his mama if he could have). On his due date, we finished packing the bags, and went to the hospital. You supply pretty much all supplies the woman and new baby will need. Since we were not totally sure whether a c-section would happen or not we packed as if there would be one. Which means an entire suitcase and a half of disposable products came with us. Luckily the baby came naturally and we did not need all those supplies. Which as far as my back was concerned was also a wee bit unfortunate. I also packed a foldable camping bed for myself, baby clothes, our clothes, and a baby bath tub. It was 2 suitcases, 1 sports carry bag, a bathtub, and a cot. Lots of stuff for me to carry out on the way home.

The maternity portion of the hospital was under tight covid protocols and once we went in they did not want us leaving, with the exception of the walk to the labor room. The room we were put in had 3 beds in it and was full when we were added to the room. One lady went to the delivery room while I slept on the cot set up next to Michelle’s bed. The other lady had been there a week or 2 already and had been told she could go home but she decided to stay there and wait for the baby to come (which I guess is an option). She was super happy and talkative. I wondered about what was at home that she wanted to stay there instead of at home.

Our baby came the day after the due date. Michelle went into the labor room around 11 AM and he was out by 2 PM. Then around 5 PM we were back in the hospital room. I sat in the waiting room as men are not allowed in with their wives. Apparently, there are more than one woman in the labor room at a time. So it’s like a delivery hang session. As a consequence, Michelle confiscated my Beats headphones so she could drown out the others and watch her show while she waited. She had me go back to the room to get a few things we hadn’t brought, which surprised me because I had carted an entire suitcase with me. I was allowed to go get lunch but couldn’t think of where to go that would be close in case I was needed, so I went to the hospital convenience store and got a salad, a bottle of coffee, and some chips. The salad was not a stellar choice and I regretted it the minute I opened it up. At 3 PM she sent a picture of our son. So I started playing with name combinations. I had 4 top names for his first name and just needed to find good middle names. I ended up taking my two favorite first names and using them to create his name. It is not related to anyone or anything, just happened to be names I found and liked the sound of. During the long wait time I wrote some poems, finished an art piece I had been working on, and paced around waiting to actually see him and make sure the name worked.

Her story was a little more interesting of course. At first Michelle did not really feel anything going on but they said she was having contractions. Then she started feeling them and was thinking maybe she should get the pain relief but also wanted to wait but was advised it was now or never. So there she was, waiting in line for the pain relief medicine when the doctor told her it was too late because the baby was going to arrive soon. And an hour later he was in the outside world.The time was 2 PM and she wouldn’t get a chance to message until 3 PM. She also explained to me later why it took so long to come out; they wait 3 hours after the birth before letting them leave the area. It’s a precautionary measure and was appreciated after it was explained but it would have been nice to know while I was worriedly pacing around.

When we returned to the maternity wing we were put in a 4 bedroom. Man, oh man was that wild. My cot didn’t fit very well in the space for her because nurses and doctors come in and out during the night. So I slept outside of the curtained area with 3 other spouses/helpers. Which was fun because the doctor at 6 AM would walk in and flip on the light above us, for the baby and mama checkups, and wake all of the people in the hallway up. She would not turn it off when she left, and I still hold a grudge about that. Another unfortunate part was that I was right under the AC vent and it would get freezing cold at night. I was curled under the blanket all night shivering. I learned with Carter that I am a light sleeper and I would wake up every time a baby cried or a small noise happened. Now imagine 8 adults and 4 babies in one room! Every conversation, flipped on light switch, person walking past me, and baby cry woke me up. Around day 2 of our stay, I started taking mini naps next to our son during the day, while Michelle wandered around the hallway, because I was exhausted and it happened to be calmer during the day. I want to say that Michelle was up and chipper by the second day, this was markedly different from the last experience. I was very relieved to find the help I needed to give was very soon relegated to baby care. She was sore and moving slowly, but a smile came easily to her face.

We ordered food every day and had to quickly learn the delivery time schedule. To be clear, you can order delivery anytime you want but the deliveries would sit until one of the 3 delivery times listed at the reception desk. I started drinking coffee at lunch because none of the nearby Starbucks were open early enough for the 7:30-8 AM delivery time. Yes, coffee places open later here than they do in America, mainly because it’s a cool and trendy drink and not a morning must. Owen was born on Friday and I started really feeling irritable Sunday night. I wanted to go home and see Carter and have just Michelle, Owen, and I in one room. I was happy when we got the green light to head home and leave the maternity wing. It was Monday afternoon and we were finally heading home. We were in the hospital a total of 5 days, Thursday to Monday, and had to stay put once we got there. So being out in the sun was wonderful despite the amount of stuff I was carrying with me.

It’s been 4 days since we got home and we are relearning what a newborn is like. He still likes to wake up in the middle of the night but has started being better at falling asleep. I am always ready to lay down and sleep because of his wild party time schedule. His brother expects daddy to play all day though so sleep is one of those things that are hard to come by. Carter is also very suspicious of us after spending 5 days with grandpa (or waiye) by himself. We are still figuring out routines and the “how to” for a newborn. I have forgotten a lot of what we did with Carter at this age. This means I read and watch videos. Carter has been watching them too and he is my little helper when I change or bathe Owen.

I don’t post a lot of pictures of Carter’s face these days and once I post a few here I will do the same with Owen. I think my sons should be able to decide what images of them are out in the digital world. If you do get more pictures of my sons from me please do not share them on social media. They are for your enjoyment not the entire internet, thank you.

2 thoughts on “A Busy but Wonderful Time”