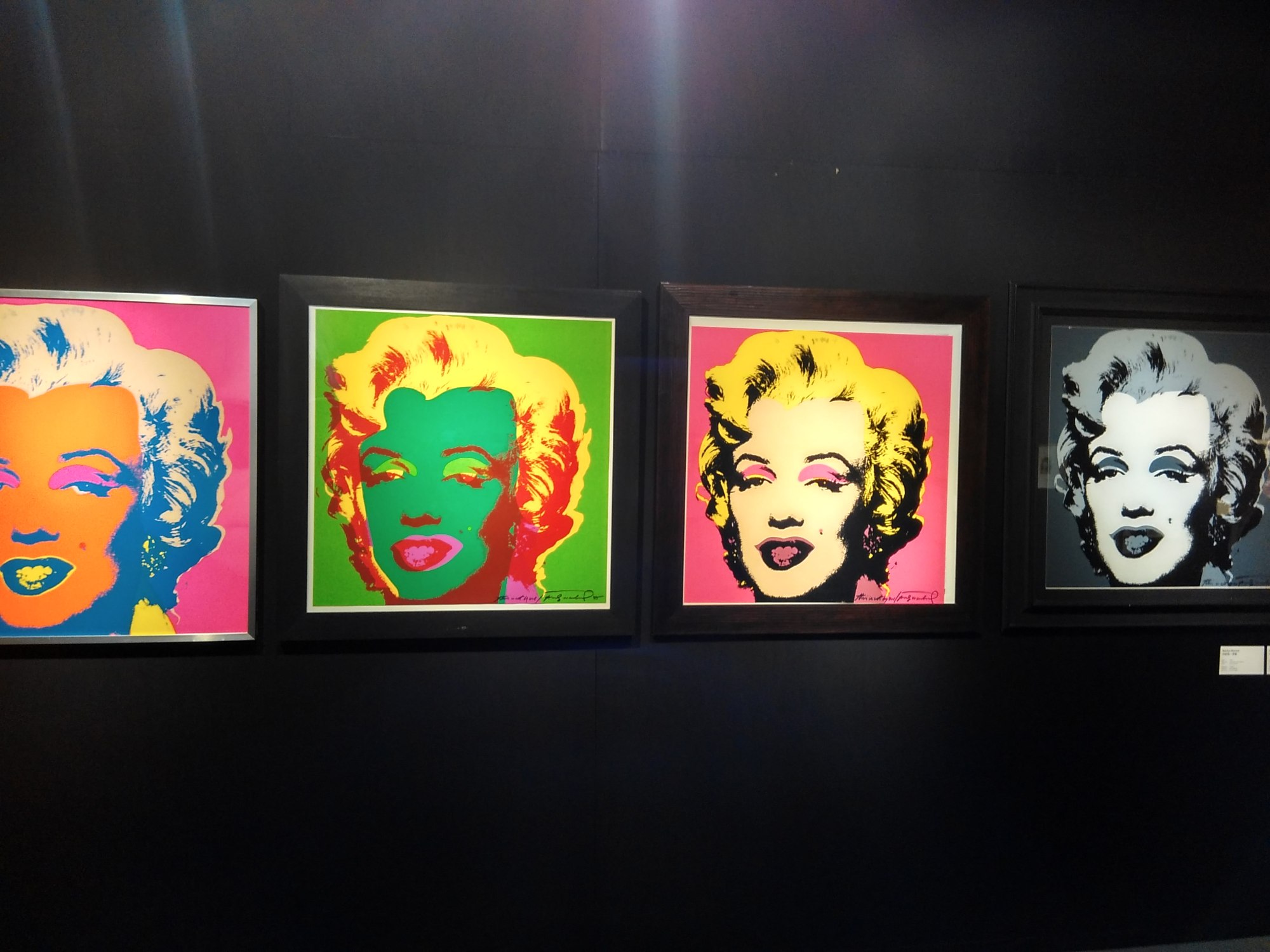 I woke up early one Saturday morning and I joined some friends for a walk up the nearby mountain, Nanshan Mountain. It is a mountain that takes a long time to climb up and a 5th of the time to go down. It is one of those climbs so steep you start curing everyone you are with and every decision you made that caused you to walk up the mountain. It does this to me every single time I have climbed it. It is a hellish beast of a climb that very Old Chinese person does on a regular basis. That is really when the cursing starts, the moment a little frail old person flies past you as you pant and perspire like crazy. It makes you scream “I hate you Nanshan Mountain!” Except I don’t, because when you get done you feel fantastic and you love everyone (even the old person who is now walking backwards down the mountain as she passes by) and you love that stupid mountain. So that was how I started my day and I was beat by the end of the climb but Kai had extracted a promise from me and I was not nearly as done as I had thought I was. I was heading across town to see the Andy Warhol Exhibit. I just had to shower, dress and drink several cups of coffee first. And maybe I also needed to lay on the coach for a few minutes to feel almost normal. That mountain, as much as I still loved it, was a real piece of work.

Finally I motivated my behind off the couch and joined Kai for an adventure to see some pretty cool art. We had to head to the metro stop and for some stupid reason that meant hopping on a bus and going backwards toward the stop we knew how to get to. It drove me crazy and I have since found a way to go forward instead of backwards. Either way we got on the Subway and rode for nearly an hour. Our destination was MixC Mall and that was pretty much all we knew. We arrived and began wandering around the mall looking for it but then we realized we were hungry. We ate at a Japanese restaurant that cost more than and was not as good as our usual Japanese chain restaurant in our nearby mall. It was still pretty decent and we were full when we left.

We wandered around a little more until someone pointed us in the right direction and as we left we stopped at Cold Stone Creamery, yes, I was surprised this chain was in China as well. Ice cream in hand, we headed toward the art exhibit that happened to be in a tent like structure outside which seemed surprising. We bought our ticket and were asked to wait 10 minutes because there were too many people in the exhibit. So we took some pictures in front of the sign for the art show. Kai talked to a girl about her shoes because they had a monkey with furry arms as part of the tongue.

When they let us in we entered a dark room with a film playing that talked about Warhol and had images of him posing with different people. After that room was 4 different versions of Marilyn Monroe. There were a series of portraits with weird coloring and then we hit the Campbell soup can exhibit. There were images from album covers he designed and covers for Interview magazine he did. There were shirts he made and a couple pencil drawings as well. It was amazing how many images that he had nothing to do with creating had been used to make his art. The stuff was neat and some of his thoughts were unique. I enjoyed the idea that art should be easily reproducible and ready to be sold. It was a strange way to think for an artist. 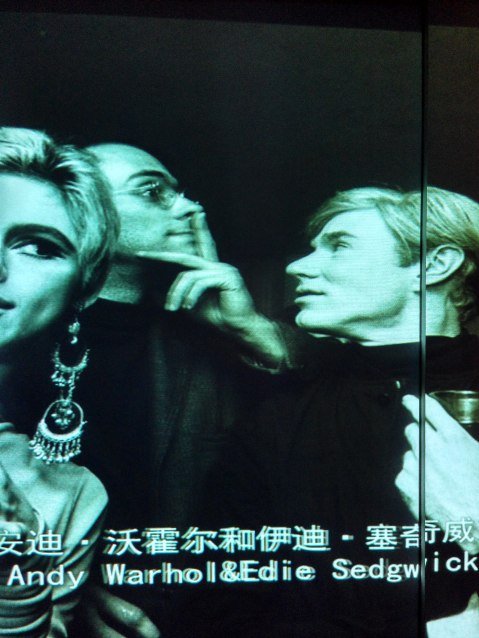 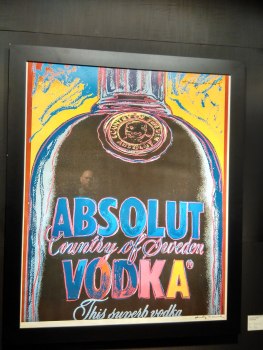 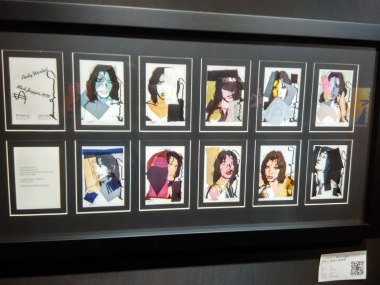 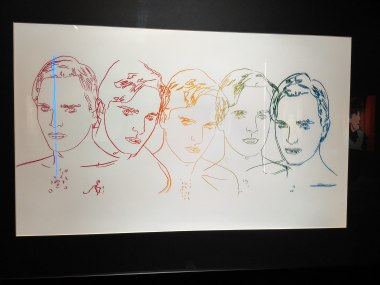 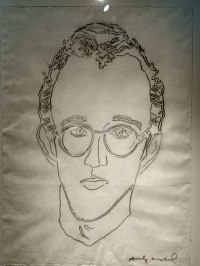 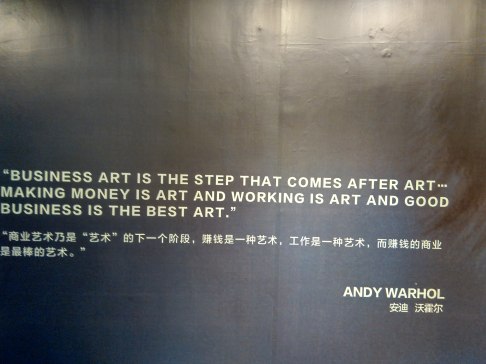 My favorite part of the exhibit was where we got to take a photo and have it digitally changed to a Warhol-esque portrait. I, of course, took a photo of myself looking goofy while Kai chose one that she looked beautiful in. The wait for this must have been what caused the holdup before we were allowed in because the line was slow moving. But as you can see from the picture below, completely worth it.