I have been actively pursuing some of my interests since I moved to China. It has been a good growth period for me and a lot of changes have happened. I branched out from my camera work in 2016 and began drawing and painting. I still have not found my style yet but I am enjoying the process of learning.

I have had a lot of help and support in the art community here in Shenzhen, China. One group in particular shines through for me and that is ISZAF. I started by participating in some challenges they created and began attending still life and figure drawing sessions. This year I finally took the plunge and was part of a show. It was the Call + Response show and started life as a challenge with the goal of having a show with the pieces created. We started off with an image and a directive to create three pieces inspired by it within a 3 week time frame. Then we began a second stage and a three week time frame but this time we used art created for the first stage to inspire our next three works. Then the third stage had us create work based off the second stage’s work. There was also a fourth stage where we could go back and rework any of our pieces. Of the 9 pieces I created and shared for the challenge (I created several pieces that never made the challenge) there were a couple considered for the show. They ultimately chose one, a photo:

I was thinking about the egg shells and my brain took a leap to an old anti-drug commercial from the US.

This PSA was occupying my brain when I stumbled across the picture of the man selling drinks in what looked like hospital drip bags. Then I connected the IV Drip bags to selling drugs. Which means I went from egg shells to anti-drug commercials to a drink seller in a matter of a few leaps in logic.

Here are some photos from the show: 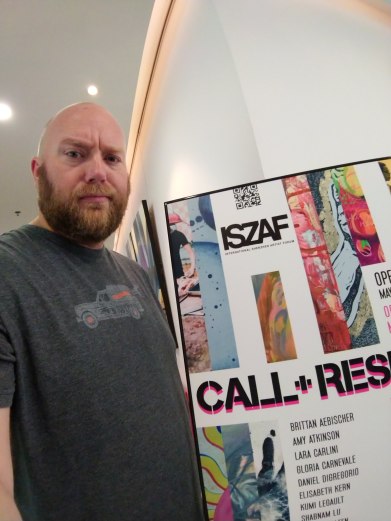 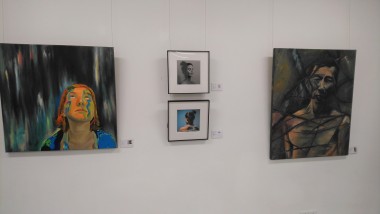 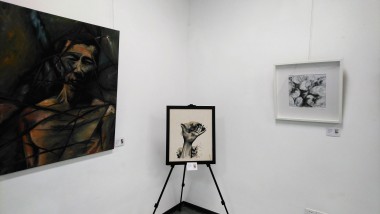 3 thoughts on “My First Art Show”